I was recently asked by one of our faithful realders for suggestions on how to actually practice a plant-based diet, so here is an article about my suggestions. First of all, let me state my qualifications:  I've been a junk food and compulsive eater for over 20 years.  I was almost 100 pounds overweight.  I now have neurological problems in my legs and I think this have … END_OF_DOCUMENT_TOKEN_TO_BE_REPLACED

I just finished a 17-day health program at Uchee Pines Health Institute, a 50-year old Seven Day Adventist (SDA) health program.  The conclusions were astounding:  A little health institute in the middle of a corn field in Northern Alabama is right and the world is wrong. SDA members have believed in a vegetarian, plant-based diet since the 1860s, where this diet was … END_OF_DOCUMENT_TOKEN_TO_BE_REPLACED 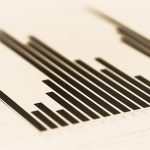 Mayor Michael Bloomberg recently wrote an op-ed piece about global warming  (NYT 3/31/17). He said we don't need Washington to win against global warming, especially now that President Trump is denying it. In fact, we are winning the war. Dream on Mayor. Like the rest of us. The seven billion people on earth are consuming over $50 trillion of goods and services … END_OF_DOCUMENT_TOKEN_TO_BE_REPLACED

One of the themes of True News is that we can best understand political phenomenon -- as well as much of other life's phenomenon -- with the dialectic. We can see the Syrian conflict in terms of various thesis and antithesis. One thesis is that Assad should stay in power and defeat the rebels, who are supported by ISIS, the Sunnis and Iran. An antithesis (and itself another … END_OF_DOCUMENT_TOKEN_TO_BE_REPLACED

Here is an article discussing the microbiome.  It's a rather long article from The Guardian.  It may be helpful to just skim through this to get an idea of this exciting new field in biology. RG The Guardian The long read Gut reaction: the surprising power of microbes Most of us think of microbes as germs to be feared and … END_OF_DOCUMENT_TOKEN_TO_BE_REPLACED