The end of war If Russia invades Ukraine, it could be the end of war.  In the 1960's we were ready to destroy the world with nuclear weapons rather than let Russia invade West Germany or put missiles in Cuba.  But now, after having lost 3 wars and after wasting trillions of dollars -- not to speak of persons killed, the American polity has lost their taste for war.  If … END_OF_DOCUMENT_TOKEN_TO_BE_REPLACED 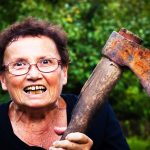 The elephant in the room With all the bombast on the talk shows about the election, there is little mention of the elephant in the room: Black Lives Matter. In one of these shows, Senator Rick Santorum brought up the question of why so many businessmen were boarding up their enterprises.  After a short liberal rebuttal over his insinuation, where they argued that the … END_OF_DOCUMENT_TOKEN_TO_BE_REPLACED 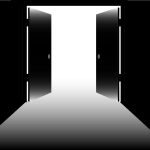 8/29/20 The dialectic and Trump The dialectic is hard to fight.  President Trump gave a wonderful speech on the last night of the Republican convention.  He stuck to the script and sounded Presidential. (I had the temporary illusion that “maybe if he was re-reelected in 2020, he would “grow into the job” and use his considerable political skills to be a good … END_OF_DOCUMENT_TOKEN_TO_BE_REPLACED 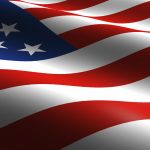 This article was originally published 12/4/16 and updated 8/7/20. Trump is ignorant Today’s New York Times in an editorial called President Elect Trump “ignorant.” How’s that for bias?   In response, Trump often calls the Times “a rag” and "fake news." It seems that Trump and the New York Times have locked horns. We can expect this thesis and anti-thesis for the next four … END_OF_DOCUMENT_TOKEN_TO_BE_REPLACED

This article was published 12/21/17 and updated 7/15/19. Cops blast Mayor DeBlasio A group of New York policemen followed Mayor DeBlasio to Iowa and demonstrated against him.  They wanted to show the Iowans that DeBlasio wasn’t a real Progressive – he didn’t give the cops a raise in over three years – that’s no Progressive. Never mind that when DeBlasio took office he … END_OF_DOCUMENT_TOKEN_TO_BE_REPLACED